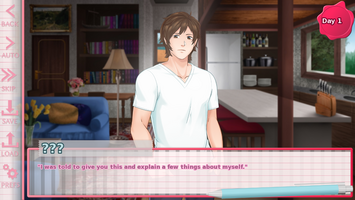 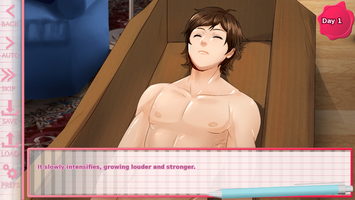 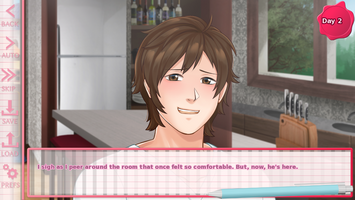 We apologize for the delay, but the updated Signed and Sealed With a Kiss demo has now been uploaded. Below is a list of some of the changes you can expect.

Please do let us know what you think! We're always happy to tweak things here and there to make the experience more enjoyable for everyone.

In addition... would you rather wait a bit longer for the game to release to have the Base Boyfriend route CGs done by the regular CG artist, or would you prefer we have our new sprite artist do them so we can stick to the schedule?

Get Signed and Sealed With a Kiss

Signed and Sealed With a Kiss

"Raise" your own perfect boyfriend in this visual novel-stat raiser. Will you fall in love or will you say goodbye?

Will we get an updated demo when atleast about a quarter of the game is done??

Reply
Signed and Sealed With a Kiss1 year ago(+1)

No, there won't be any more updates to the demo, and the base game is already well over 50% completed.

So quick question dont know if i played the old demo or new one does the new one end at the same spot as the old one? After picking something for him to do? Also My real name is too long to use in the game because of the font size it covers what mc says. My name is 8 letters long. Another thing Im sorry for so many questions I ordered expansion pack just wondering eta release date for that lol Im so excited!!! I really want to see how characters come out and play the full game!!! I was hoping demo would be longer. I did also miss the part when you can wake the boyfriend up. I respect reasons why it was removed but was one of the main reasons I got it. It was like hook line and sinker lol.

It does end at the same spot, yes.

Thanks for letting us know. We'll look into correcting the issue for launch.

The expansion's release will likely be between 1 and 3 months post-launch of the base game. One of the routes for it is already completely written, and the art assets have been worked on simultaneously for consistency.

We're glad you're excited to play the game! A lot of blood, sweat, and tears have gone into it.

I think I found a bug!

I'm wondering if it's normal, but I think it's not loading sprites.

I'm currently running windows 7 and it's kind of old, but I just can load close up sprites...I could still see sprites in the previous version, so I'm kinda sad ;;
thank you!

That's very strange. Unfortunately, we aren't able to replicate the bug on our end and haven't heard about it happening to anyone else. Does any sort of error display on-screen?

We've just uploaded a new build; can you try running this one instead?

I've gotta be honest, I really don't like some of the changes you made.

I'm sad that you removed the waking him up choice that made me laugh so hard that I instantly pre-ordered.  That just really popped to me and made the game stand out as unique.  It seems less funny now in general, though maybe that's just my memory.  A smaller issue is that the blinking pen was kind of distracting since it's so large and blue against all that pink.

Your artist is very talented and it's a matter of personal taste, but I kind of hate the new sprite.  It's much less vibrant than the old one, but would still be pretty enough if not for the weird white nose... shadow?  Highlight?  It's distracting.  I kept thinking it was my mouse cursor.  His expressions are pretty much always gentle and kind, which is maybe on purpose?  But with the color changes he just seems blander.  Again, maybe that's on purpose since he's the base model.  He went from feeling like an immature but harmless brat to feeling very big brotherly which feels strange in context of the game.  When you say you're going to include the original sprites, do you mean they'll be useable in game?  Or just that we can have the artwork to look at?  I would obviously prefer to wait for the original CG artist.

As it is now, I wouldn't have pre-ordered this game.  I would have noted it and probably checked it out again upon release, but I wouldn't have been particularly drawn to it.  Normally I'd at least find some good changes to point out, but it's been too long since I played the original to remember details.  I do appreciate all the hard work you've put into this.  I really am sorry to be so negative, and I hope it was at least half as constructive as I tried to make it.

Thanks for the feedback, even if it isn't all positive.

That choice branch was removed to respect a former team member, but we're not comfortable elaborating on the matter for privacy reasons. We've adjusted the pen to make it slower and only slightly fade instead of blinking, so hopefully that's less distracting.

Yes, the old sprites will be usable in-game.

Just to let you know...me too I much prefer the old design...

I'm so excited for the full release of this game! This demo was great, I love the new art.

Thank you! We're glad to hear that!

I love it! I like the updated script a lot. Quick question-where does the demo end? I keep getting sent to the main menu after choosing what boyfriend does on Day 5, regardless of my choices, but I can't tell if that is on purpose or a bug. Thanks!

Thank you very much! We're glad to hear that. Yes, that's where the demo's supposed to end. The bit at the end is just to give everyone a quick taste of how the stat raising works.

Neat. Though I kinda miss the Juju joke that was removed from the start. I also kinda didn't like how the scene where Boyfriend sees you naked was changed. It kinda feels wierd to me that a fully grown adult would react like that to being seen in their underwear. ESPECIALLY if the main character was male.

I don't believe we removed any Juju-related jokes. We changed the names that trigger the forced name changes, if that's what you meant, but they're still there. The team member the change renamed BF after left the team a long while ago, so it didn't make sense to leave it in. As for the other joke, we've fixed it in the new build; thanks for pointing that out!

I'd wait for the base.

Would it be possible to put in an option to adjust the voice volume in the final game?

Yes, of course! We'll be putting out an updated demo with it in a day or two as well; that was definitely an oversight. Thank you for mentioning it.

The update has a lot of good new stuff in it! Love the updated UI. The new choices  at the beginning are cool, I just wanna ask if that's just for fun or do they also impact the bf's personality?

Felt the edited script-not sure how I feel about it. I think it was made more jokey? Which I'm sorta "eh" on. The  take on this premise at first was a bit more evenly distributed between the inherent ridiculousness of it and realistic responses to it actually happening.  It's a fine line to toe though,  and everyone's line is different, so I'm likely nit-picking.

I'm willing to wait a bit longer for the regular CG artist. I liked their art a lot, and they're what originally drew me in to the game.

Reply
Signed and Sealed With a Kiss1 year ago(+1)

The choices at the start are indeed just for fun.

On the edited script, no new jokes were added, but at least one was removed. Although, if the last build you played had the original UI, a number of script changes were made in the original update that presented the new UI.

Thank you for your input! So far, it's looking like we'll wait.

Thanks so much for the feedback, ricey!

I don't mind waiting a bit longer for base bf. And I noticed some of the stat building choices like dance at the club get an error for me.

Thanks for letting us know! We fixed the dancing bug.